Poetry.com is a huge collection of poems from famous and amateur poets from around the world — collaboratively published by a community of authors and contributing editors.

Navigate through our poetry database by subjects, alphabetically or simply search by keywords. You can submit a new poem, discuss and rate existing work, listen to poems using voice pronunciation and even translate pieces to many common and not-so-common languages.

Ocean of Storms Ocean of storms within' my sleep The sun is white with envy The sky is raining blood All the hatred with the flood And visions I rather not keep. As I relentlessly endure the fears and screams I become shocked in silent trances of temptations only sound Which only comes within' my dreams, As I begin to look around... Around at life's transition, And death's position For me to awake from this lie, I need to say goodbye, Say goodbye to the ocean of storms, Say hello to pride above For now love will take its course and replace those visions for sure.
. KLD 2001 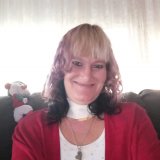 Kelly I'm free-spirited, spontaneous, loving I'm a lover: of Pittsburgh Steelers, my cat named Kitty, & computers Feel: content and at peace at the ocean or camping I give: as much love as possible I fear: rejection, death, fire I would like to see: A better future and less crime and hate. Live: Florida Dale more…

Discuss this Kelly Dale poem with the community:

Find a translation for this poem in other languages:

Use the citation below to add this poem to your bibliography:

Join our community of poets and poetry lovers to share your work and offer feedback and encouragement to writers all over the world!

Which of the following is not one of the "three unities"?

Our favorite collection of

Thanks for your vote!
We truly appreciate your support.